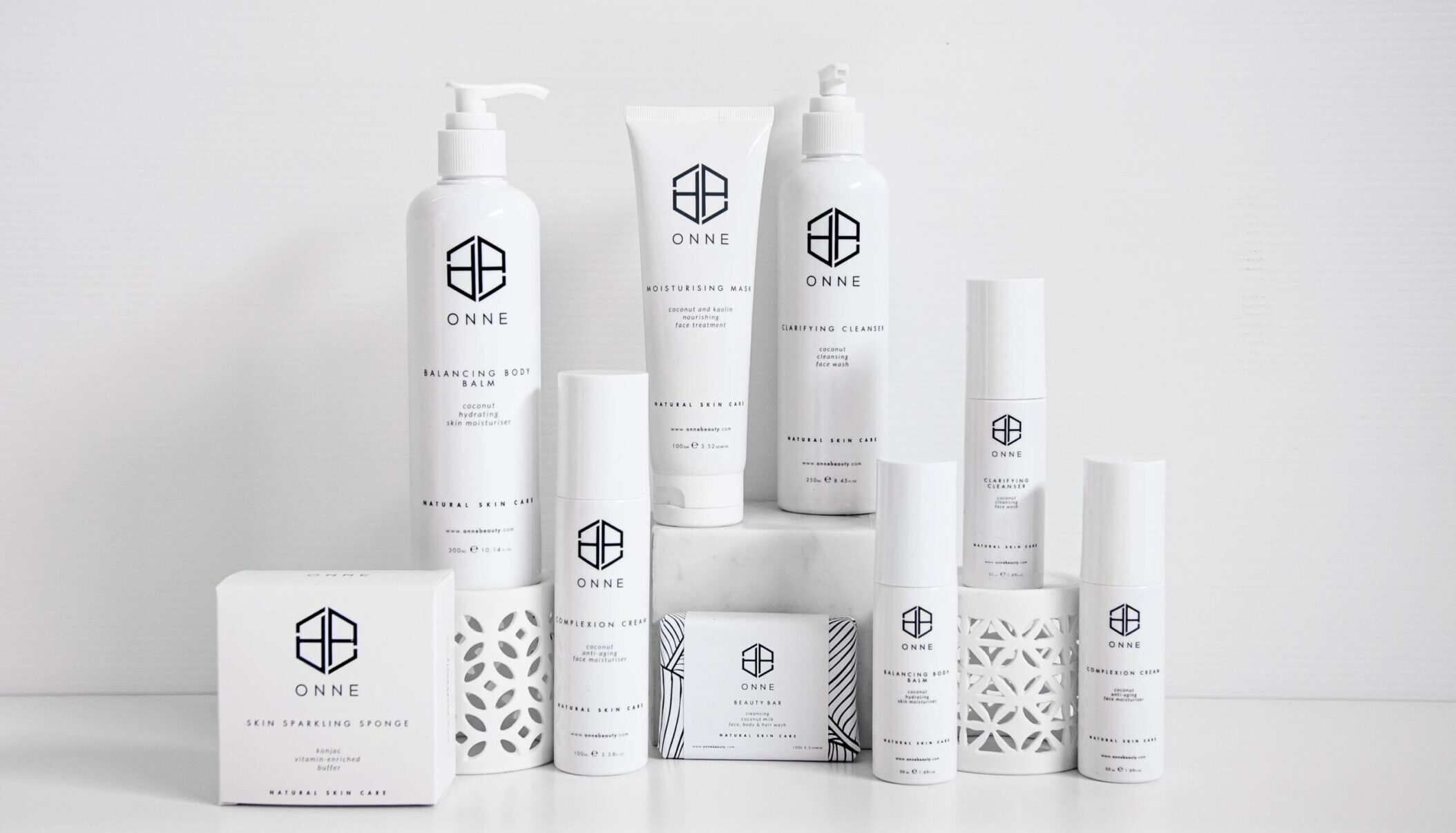 We attended Cosme Week Tokyo last week. Even though the omicron variant hit in January in Tokyo, 650 cosmetic companies and brands sought business opportunities in Japan during the trade show. We’ve listened to skin problems that they want to solve. We’ve learned about cosmetic products, brands, trends and technologies. Also, there were 120 seminars – the CEO and executives from each brand and media such as Shiro, Chanel, Neal’s Yard Remedies, iStyle, and WWD Japan gave us a talk.

1)  As you see in the charts, Japan’s imports and exports have risen in the past 20 years. In particular, export has accelerated and reached more than tripled since 2015. And Korean cosmetics export to Japan has soared. 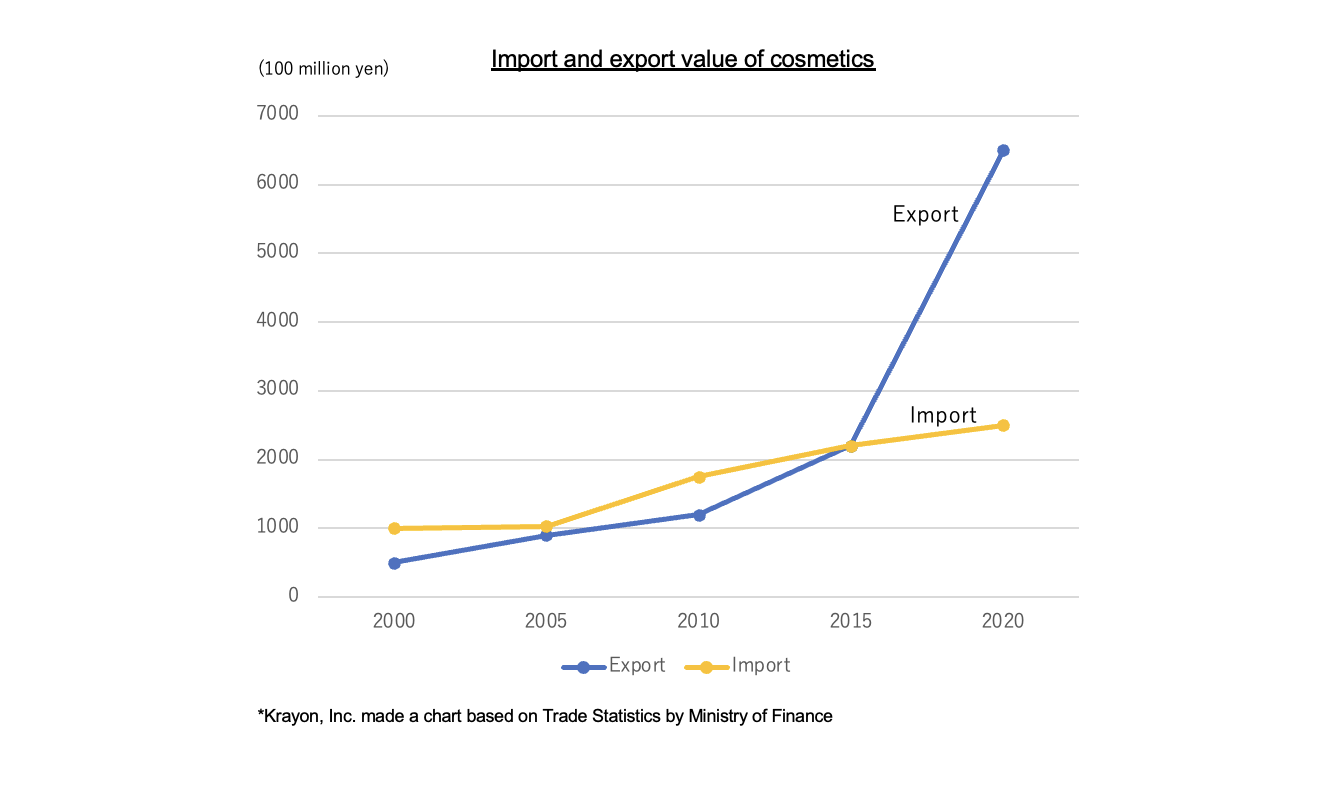 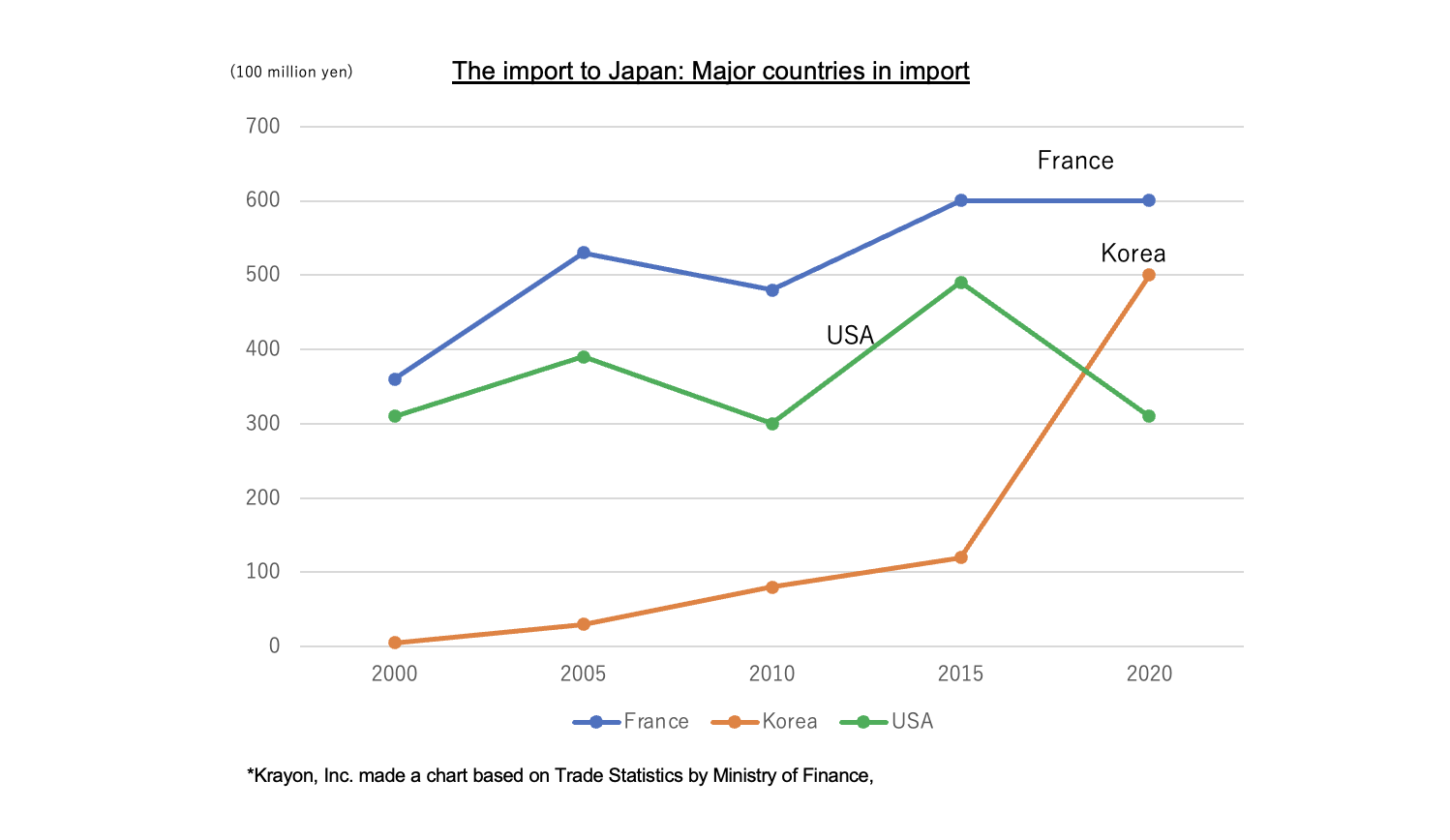 2) Foreign companies that have partaken in the trade show. Most of the participants are Koreans. It shows that they have lots of interest in the Japanese market. 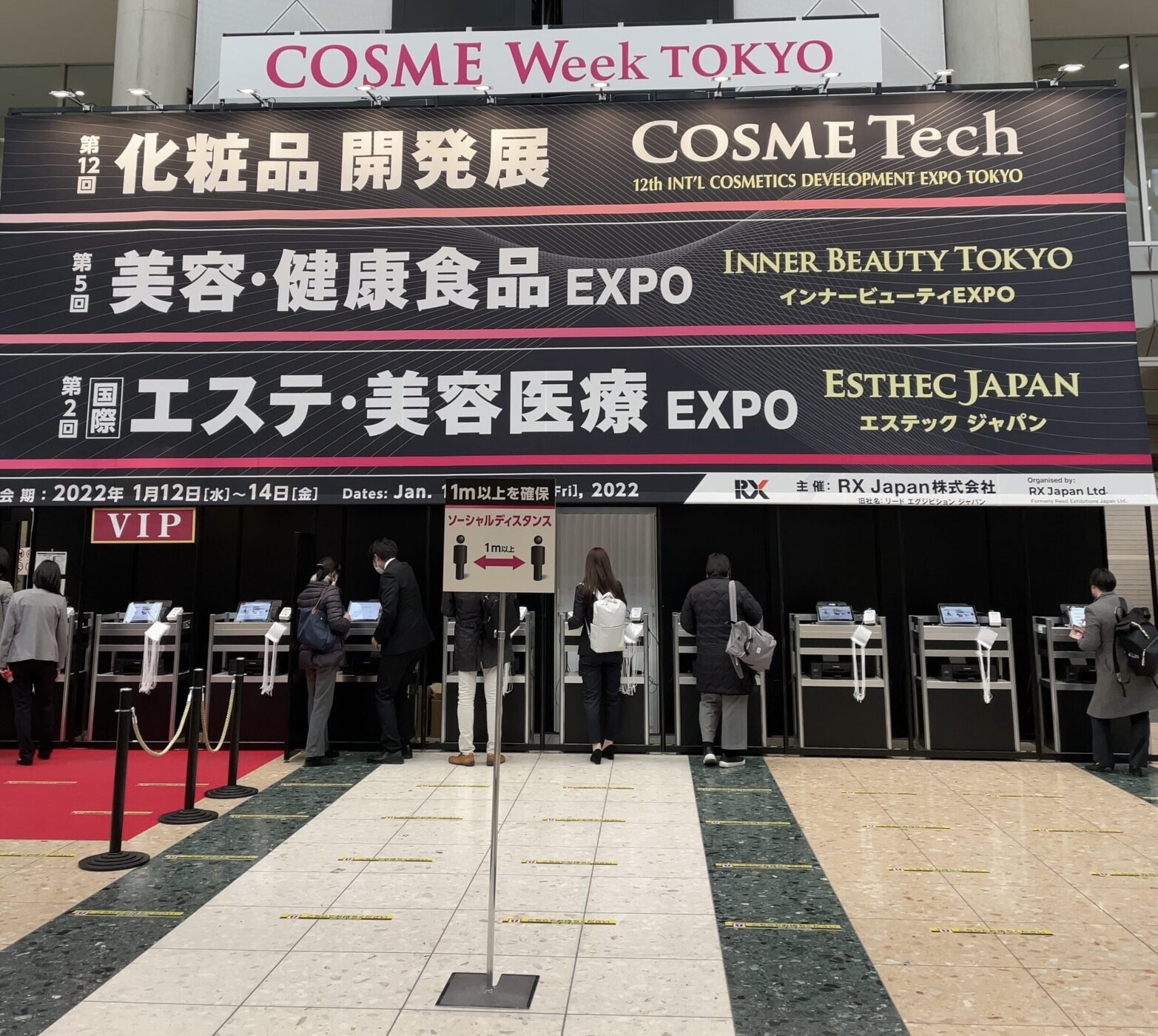 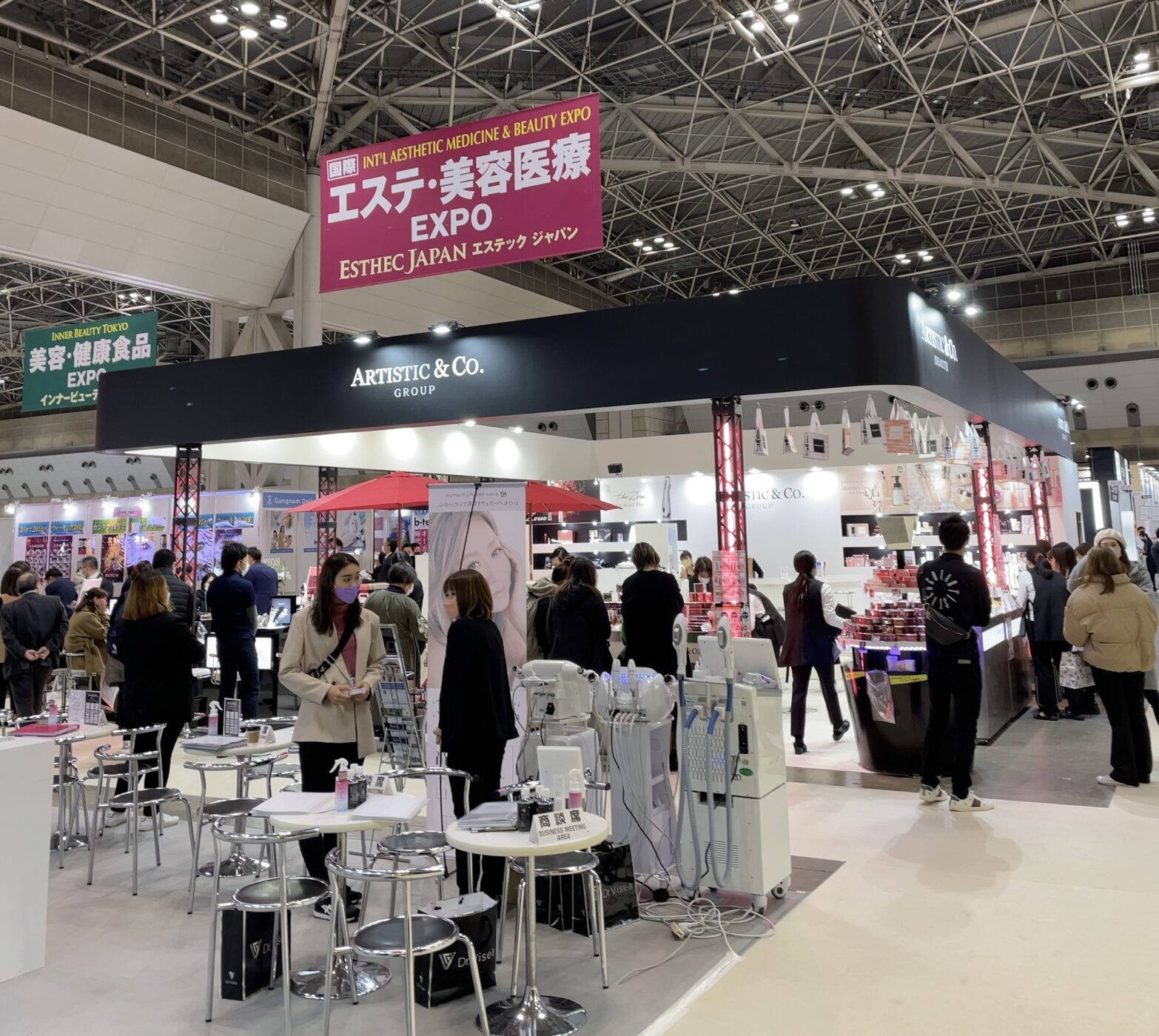 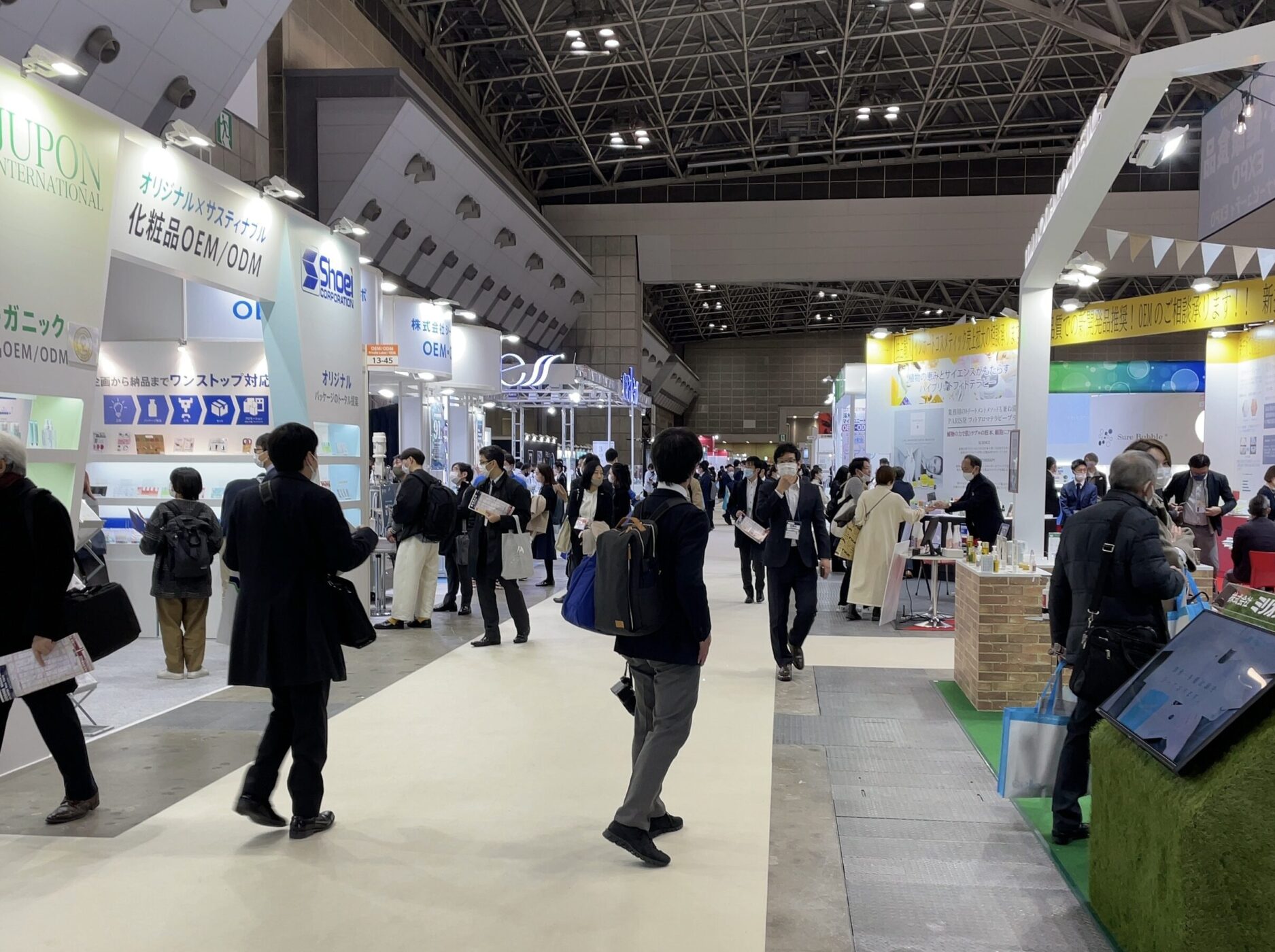 3) Here are the lists of products that we’ve seen at the trade show. It’s not including all products that are exhibited. Most of the products are skincare and makeup items. 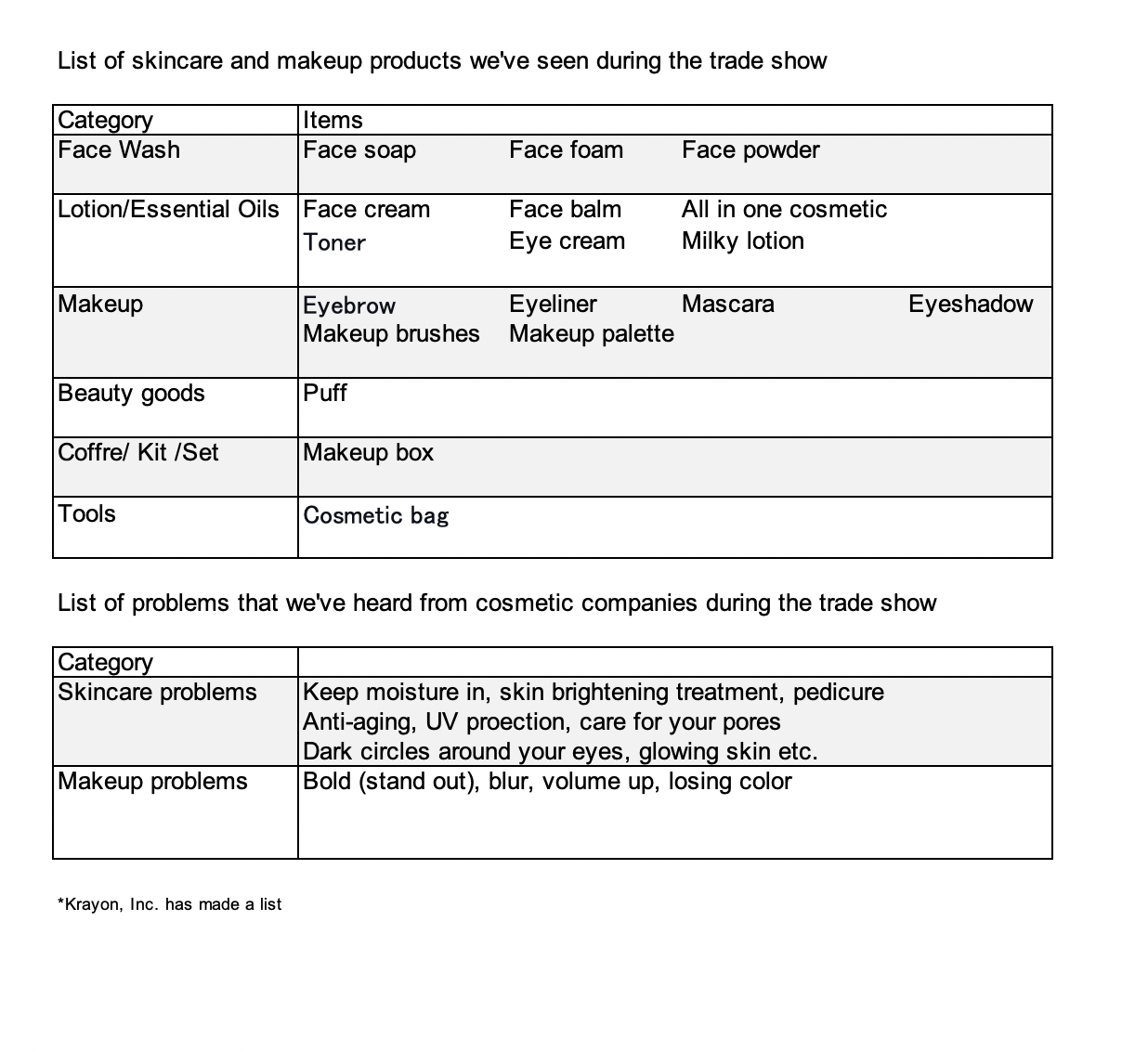 4) Here are two cases that we keep in mind from the various talks in the seminar. 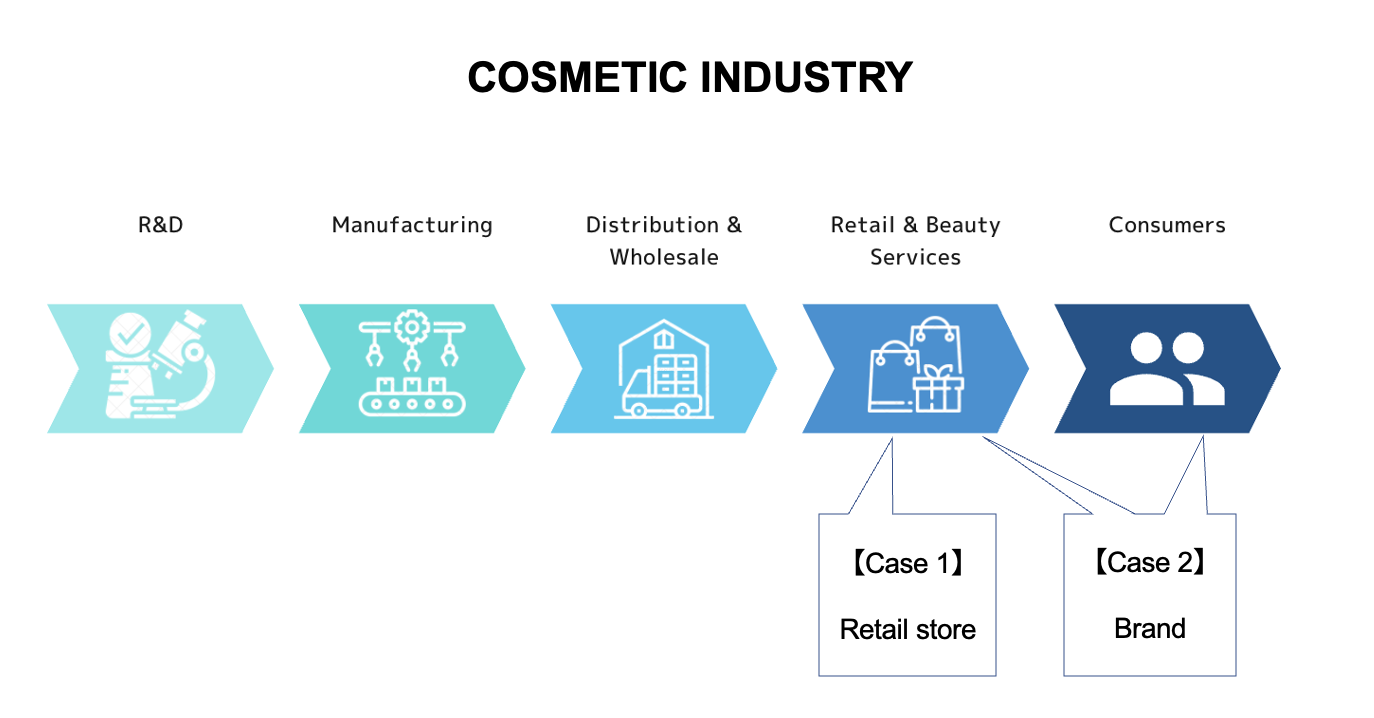 The case is the Shiro concept store.

It’s a retail space where you can check products anytime without reaching store staff. You get product information via smartphones and Japanese and English audio if you want to learn more yourself at the Lumine EST Shinjuku store.

The CEO said that you buy products with no paper box packages. It touches on an ethical point. Why was this store born? Because 10,000 customers buy monthly at this store, store staff found it hard to serve them. The interesting fact is that Shiro didn’t hire more teams. They found options for customers and took chances to serve.

When a Japanese president started business in Japan in 1985, nobody knew organic and understood the link between beauty and health. There was no concept of wellness. It wasn’t mainstream at that time. But at the root of the brand’s mind, he believed in it.

“To lead a healthier life, to be more involved in your own life, you need the fundamentals of how to be healthy.”

He took it as a mission in his path and drove it for 30 years. But it was challenging. In Japan, nobody talked about those ties. It was taboo to talk about health. So, he has done awareness campaigns. He has done to keep the environment the way it is and spread the organic concept since the 1980s. And then, he has shifted them to the idea of beauty and skincare. People saw his points, and it became a favoured brand.

As you sense, it takes a long to build a brand. It took 30 years. But we view this as what the brand stands for. We know it’s tough to build it up over time, but it’s fun and the best part. It’s like climbing at the top of the mountain. The talk made us realize that, and it tells us how rewarding it is to build brands.